Khujand in Tajikistan is one of Central Asia’s oldest cities, and even had a place in Alexander the Great’s empire, being named Alexandria Eskhata during the time. It plays a strategic role on the Silk Road, connecting Samarkand to the fertile Fergana Valley. Tajikistan’s second city lies in a lush valley surrounded by mountains with orchard-lined slopes and a mild climate.

The complex history of Arab occupation in the 8th Century and resistance to the Mongol horde, along with its trading position making it one of the most important cities in terms of science, culture and industry in northern Tajikistan make this city worth a visit.

Khujand Fortress sits at the heart of the city and once housed the castle. Archeological evidence found the fortress was build around the 6th-5th centuries BC and grew over time. It became a city wall during the time of the Silk Road, and gained the reputation for being one of the most inaccessible fortresses in Central Asia.

The Mausoleum of Sheikh Muslihiddin is a large memorial complex in the center of the city, housing the tomb of Muslihiddin Khudjani, the former ruler of the city in the 12th century, who was also a poet. The mausoleum has seen changes over its complex history, and is now a complex of cathedral mosque, a 19th century minaret and ancient burial sites.

Panjshanbe Bazaar is a daily market near a 19th century mosque. Relive the atmosphere of the Silk Road trade a this open air market, which also has outdoor photo studios.

Tajik cuisine is a mix of influences from the neighboring countries, like Russia, Iran, Afghanistan and Uzbekistan. Plov is one of the major dishes found in Tajikistan, which you’ll find in a number of varieties all over the country. In Tajikistan, Osh is the local variety. Soups are also big in the local cuisine, along with a spread of dried fruit, halva and nuts.

Sashlik is especially good in Khujand and worth trying when visiting. It’s a type of shish kebab, where the meat has been cut into cubes and marinated before grilling over coal.

Tajikistan’s second city is located on the north of the country, and is an industrial hub and the strongest economy in Tajikistan. It’s an active city where that still mostly deals with trade. The city still preserves its Silk Road heritage in that it is still the scientific and cultural center of Tajikistan with many writers and musicians calling it home.

The lapis and turquoise colored Registan of Samarkand historic center is synonymous with the Silk Road. Located at the geographical heart between Changan in China and the eastern fringes of Europe, Samarkand’s position on the Silk Road made it a hub of trade, science, technology and culture.

Poets and writers have immortalized Samarkand’s flesh in literature, and with its rich history, labyrinthine streets and Islamic architecture, it’s easy to see why this city has seduced travellers over the centuries. The city center is a UNESCO World Heritage Site.

The Registan is an ensemble of mosques and madrasahs tiled with azure mosaics and intricate craftsmanship. This was once the commercial center of the city and the beating heart of Silk Road trade.

Shah-i-Zinda means the “Tomb of the Living King” and houses the holy shrine and the grave of Qusam ibn-Abbas, who was the cousin of the Prophet Mohammed. The shrine has held a special place in Samarkand before it was sacked by the Mongols and boasts some of the finest glazed tile work in Central Asia. Shah-i-Zinda is still a place of pilgrimage, so treat the shrine with respect when visiting.

Ulugbek’s Observatory is an archaeological site of the former observatory built in the 1420s. Ulugbek was one of the more famous astronomers, even though he was a ruler he is more remembered for his stargazing. The site of the 30m astrolabe was once three story high.

For centuries, Uzbekistan was known for its gastronomy, and is said to house the sweetest fruits and most tender lamb in the world. Historically, Chinese gourmets on the Silk Road praised the city for its sweet peaches and delicious plov and lamb.

Samarkand Non is a local flatbread known for its inimitable taste and features. It does not get stale for a long time, and legend has it that it should be eligible for three years. You should sprinkle it with water and warm it in a tandyr (a clay stove).

Plov is the signature dish of Uzbekistan, and varies from region to region. It’s usually prepared for the most important events, and is a rice dish made with meat, spices and vegetables.

Wine. Uzbekistan might not have the international reputation when it comes to wine, but Persian poet Omar Khayam wrote about Samarkand’s praising them for their quality.

To get the most out of Samarkand, it’s best to stay for two to three days, those passing through should make a beeline to the Registan, the Bibi-Khanym Mosque and Shah-i-Zinda.

Even though Samarkand is a city in Uzbekistan, you’ll find that the locals don’t speak pure Uzbek, but rather a form of Uzbek that’s been mixed up with Tajik. The city is a diverse mix, combining Uzbek people with those of Tajik ethnicity. 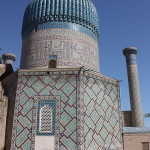 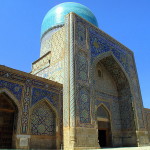 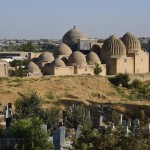 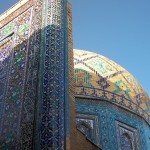 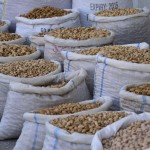 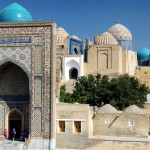 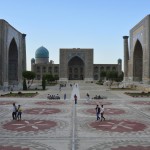 Reset All These Settings
Our WordPress Themes